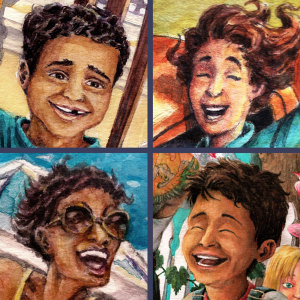 TIME – it’s such a precious commodity. Ever since I retired early from my teaching job, I’ve wondered how I ever found the time to go to work – back in the day. So that is why, one day when time was winging by way too fast, I hit on the idea of hiring my eight-year-old grandson to assemble the shelves I’d just purchased.

I’d just moved into his parents’ guest room for a month while I was searching for new digs for old Hunk and me. But I desperately needed to set up a temporary office. Hence, the shelving purchase.

I’d seen that little eight-year-old Rapscallion assemble many a Lego project before he’d even learned to read, so I knew the kid was mechanically-minded. And when I presented him with the request to build my shelves, the promise of a $5 bill, and a tip if he did a great job, his eyes lit up.

After a little coaching from his elder (yes, me), my little Rapscallion politely asked Dad if he could borrow a hammer and a power screwdriver, promising that he would put them back when he was done.

But Dad was sceptical – Rapscallions should not be trusted with tools, nor with projects. Then Grandma intervened – sweetly, mind you – and again the deal was on.

After I set up little R in the garage, I went back to my work and he dove into his. Sometime during the course of assembly, his pal from next door came by to help. He was only six and couldn’t read, but he sure could take orders. And that is how a six-year-old and an eight-year-old assembled Grandma’s new shelves, and all for the price of a fiver.

But of course, they each earned a handsome tip, too, because they did do an amazing job.

And speaking of tips, here’s one from me to you. Empower the kid sprouts in your lives, folks. You may just be lucky, like I was, and have a lasting reminder of the day you did empower them. For me, that reminder greets me each time I sit down at my desk to write. 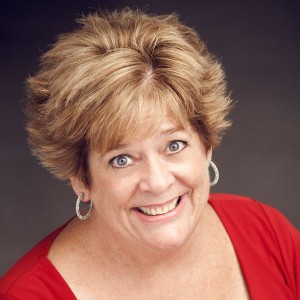